When Jeremy Miller started his first job at Little Caesar’s Pizza at the age of 16, he knew that someday he wanted to open his own pizza place.

That dream finally became a reality in December 2008 when he opened the doors of Rival’s Pizza, which Jeremy describes as a “good old-fashioned neighborhood pizza parlor that you would remember as a kid and small enough to give that little bit of extra quality and service that you deserve.” 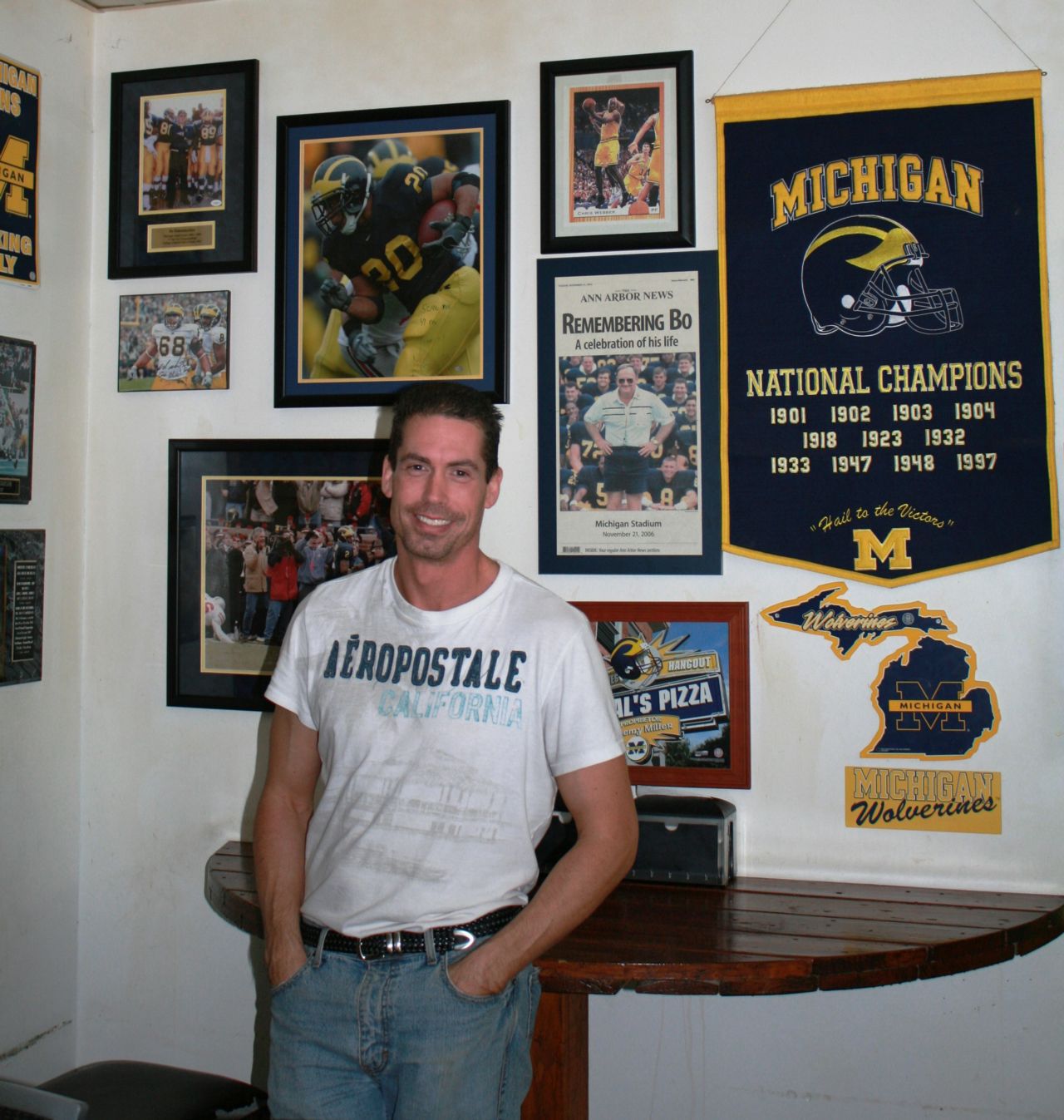 The difference isn’t just in the fact that everything is made from scratch, like their garlic-infused pizza dough or their marinara, but more so because of what Jeremy does for the local community.

Rival’s offers pizza by the slice to cater to students at nearby Start High School with the intention of giving them a safe, inexpensive place to hang out after class.

This past summer Jeremy and his customers took up donations for a local family who needed help paying for medical equipment. Even after the first round of donations was stolen, he still raised the money a second time.

When Jeremy discovered that Blessed Sacrament, a church two blocks over, was using jarred sauce in the lasagnas that their youth group was making for the homeless, he stepped in and became the “Sauce Guy.” From then on Jeremy provided big pots of homemade marinara for them to use at no charge.

But perhaps the most impactful difference that Rival’s has made is in the life of Kevin McKenty, a 2012 Start graduate and Special Olympian who works at Rival’s twice a week.

“Kevin is amazing,” Jeremy said. “He can talk sports better than anyone I know and he keeps us all in check. He is the coolest, even though he is an Ohio State fan!”

When Boyk Law wanted to throw a pizza party for Start High freshmen who passed all four of their core classes first quarter, the obvious choice to feed all 220 students was to order from Rival’s.

“There is nothing better than using a local restaurant that gives back to their community,” Chuck Boyk said. “Rival’s was thrilled to help us reward the same kids that often patronize his pizzeria and they were fast, reasonably priced, and delicious. And since I grew up in Rival’s neighborhood, I am especially proud of their success.”

Where: 2115 W. Sylvania Avenue, between Upton and Douglas.

Best Thing about Rival’s: The restaurant’s décor reflects the Border Battle that many Toledoans are a part of – rooting for either The Ohio State University or the University of Michigan – which is why he chose the name “Rival’s.” Jeremy is partial to Michigan, having grown up in Flint.

Little Known Fact about the Owner: Even though his motto used to be, “Always trust a fat guy when it comes to food,” Jeremy recently lost 90 lbs through diet and exercise. He even created an entire 14” pizza with thin crust, light cheese, and tons of veggies that is only 1,000 calories for the whole thing. That’s a mere 100 calories per slice!

Most Convenient Things about Rival’s: That they match all competitors’ coupons and have eight daily lunch specials from 11am-3pm for $5.99 each, drink included. Call them at 419-475-6505 or visit their website at www.RivalsPizza.org to learn more.