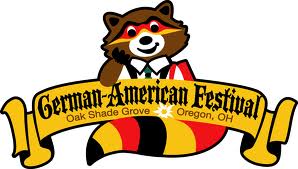 Today marks the beginning of the German American Festival (GAF) weekend in Oregon, Ohio. Looked forward to by many, it is a weekend celebration of the region’s strong ties to Germany.

This is the 48th year the German American Festival has been held and it is expected to be entertaining and fun. There is something for everyone at the festival, including face painting for the children in attendance and imported beer and handmade German food for the adults. There will also be entertainment throughout the weekend, including the Sounds of Jay Fox.

With such a great event in our area and the community flocking to one location where beer and wine is being sold, our office has concern regarding driver safety. We recommend that all GAF attendees have either a designated driver for the festival, or take a cab.

The German American Festival also has safety in mind, which is why they have teamed up with Black & White Cab! At the GAF Taxi Cab Stand, you may show proof that you’ve taken a Black & White Cab to one of the festival’s shuttle locations (list of locations here) and you receive $5.00 worth of food or beverage tickets!

We think it is great that the festival is giving incentive toward attendees taking taxis to the grounds. We have seen the outcome of impaired driving and we certainly want to prevent that from happening this weekend.

While the GAF provides incentive to take a taxi to and from the festival, it is still up to the driver to make the decision to be safe. If you are visiting the GAF this weekend, we’d like you to put the situation in perspective. You could pay a few dollars for your taxi ride to the shuttle location, receive a $5.00 voucher for the festival, and have peace of mind, OR you could decide to drive to the festival grounds, drink throughout the night, drive home and get pulled over by the police.

If you are found to be operating a vehicle under the influence of alcohol, your fines and attorney fees will be far greater than the cost of a taxi for one evening. We strongly urge you to be safe this weekend as you start to make plans with friends and family.