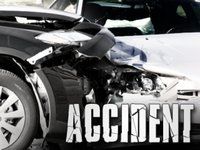 The tragic accident happened around 11 a.m. on Interstate 71 when, according to troopers, 41-year-old Willie Littlejohn stopped his 2006 Pontiac in the right lane. As he was stopped, his vehicle was struck from behind by 29-year-old William Diesch, who was driving a 2010 Ford SUV.

The occupant’s in Willie Littlejohn’s car were Rebecca Littlejohn, 34, Alexander Littlejohn, 6, and Megan Littlejohn, 2. Both Willie and his wife were taken to an area hospital with serious injuries. Alexander and Megan were LifeFlighted to University Hospital Pediatric Emergency Department where, sadly, Megan died of her injuries.

Both William and his wife Mary E. Diesch, 31, were taken from the scene of this accident to an area hospital with serious injuries. Their current physical condition is unknown at this particular time.

Our thoughts are with the Littlejohn family during this extremely difficult time. We hate to hear about anyone losing their life, especially when it is a child and especially when it was caused by an accident that could have been prevented from happening.

We want to remind everyone to please be careful when out on area roadways. Always buckle your seat belt, never drink and drive, and never text and drive.