At 10:00 p.m. on Monday in Cedar Rapids, 44-year-old Kathleen Foster was standing in her driveway talking to family members when she had been bitten by a pit bull. Authorities reported that Ms. Foster had been bitten on her left ankle, leg and on her torso. The owner of the dog had been identified as Christopher Morrison, 28, residing next door to Ms. Foster. Before the attack, a witness had spotted the dog pulling his owner on a skateboard and had attacked after Mr. Morrison brought the dog up to Ms. Foster so he could talk with her. The severity of the injuries was not reported.

On June 1st, the same pit bull had also bitten 7-year-old Chance and his father Corey Millard. The dog into Mr. Millard’s left leg which has now become infected. However; the child took most of the dog’s brunt receiving 10 puncture wounds to his leg, arm, and buttocks as well as a deep wound on his right leg. Both of the victims were taken to the hospital immediately.

After reports of the Mr. Millard attack, animal control officers went to Mr. Morrison’s residence and took one of his three dogs. The dog was then euthanized on Friday June 8th. Millard then discovered the two other dogs in Mr. Morrison’s yard over the weekend and was very upset to see the dog, a white female pit bull, that attacked him and his son had still been in the yard. Complaints were reported that animal control seized the wrong dog and they were informed to seize the other dog immediately but failed to do so. 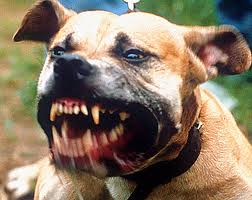 That following Monday when Ms. Foster was attacked by the white female pit bull neighbors were outraged. Millard had expressed clearly that the white dog had been the attacker, and yet no precautions were taken.

Animal control stated that due to lack of witness statements they were unaware which dogs were the attackers. State law had the remaining two dogs quarantined at Morrison’s home for 10 days in which he was to put a lock on the doors inside the house.

Morrison ended up giving up the other two dogs and they will be put down as well. Investigators are still on the case as Millard continues to follow suit against the city and animal control for failure to protect their community from dangerous situations. A case last year has also been brought up where the three vicious dogs had attacked a woman last year. The judge dismissed the case last year; however, it may be brought up again in the lawsuit.

If you or someone you know has been injured or hurt by a dog bite, you need information. Contact our highly experienced Ohio dog bite attorneys today to order your FREE copy of The Ohio Dog Bite Book.